With stars in his eyes flamenco guitar legend Paco de Lucía (1947-2014) looks down at us from an immense graffiti mural at Madrid metro station, made by street artists in 2015. Paco has been portrayed many times, but never with such vibrant colours and on such a grand scale.

Graffiti artists Rosh333 and Okuda together with artist Antonyo Maryest painted a 300 metre mural on the wall of metro station Paco de Lucía in Madrid for its opening in 2015. In the light of Paco de Lucía’s death in 2014, it seems a well earned homage for this guitarist virtuoso who revolutionised flamenco guitar playing and made it popular worldwide.

The graffiti artists combined the graphical, flowing style on the left by Rosh333 with the linear and crystallising style by Okuda. The artists depicted Paco de Lucía’s head and shoulders, copying a well-known photograph of the maestro who is concentrating on playing his guitar. 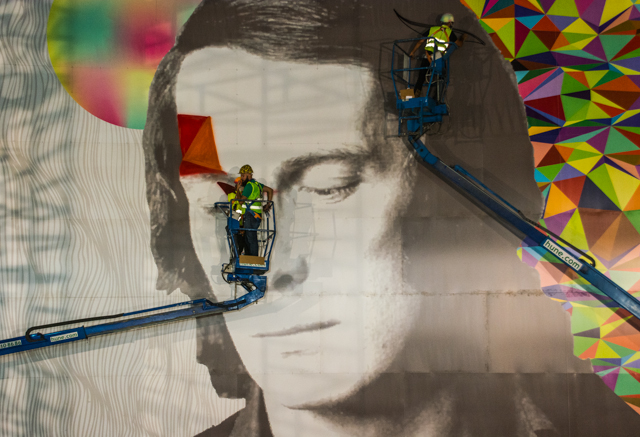 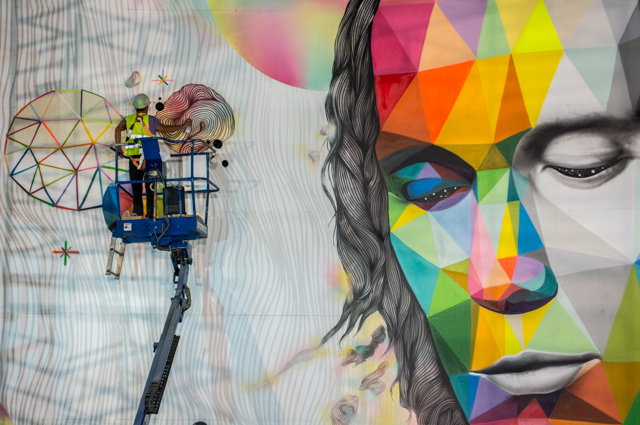 Paco de Lucía is depicted with stars in his eyes. No, not because he had starlike airs of course. I like to think it is because through Paco’s eyes we can see a whole other universe. Street artists Rosh and Okuda actually named the work of art Entre dos Universos (Between Two Universes). It is an allusion to Paco de Lucía’s major flamenco hit Entre dos Aguas (1973) and also refers to the unifying of their different artistic styles in one mural.

The fact that a portrait of Paco de Lucia is granted such a big stage in Madrid shows how much he has become an icon in Spain, representing flamenco both in Spain and worldwide. Paco de Lucía worked with the likes of Chick Correa and guitar virtuosi John McLaughlin and Al di Meola. He often reached the top of the popular music charts in Spain and made it to the Royal Theatre of Madrid, something no other flamenco guitarist had accomplished until then. So a tribute to Paco de Lucía in Madrid is very much appropriate.

Spanish Graffiti that depicts flamenco is a fairly recent phenomenon which I am absolutely crazy about and that deserves more attention. It brings flamenco to the public and often pays tribute to flamenco on a large scale and in very creative ways. Hopefully flamenco artists and graffiti street artists will work together in the future. Imagine a live graffiti-flamenco performance on the street!

Check out the whole process of the making of the Paco de Lucía graffiti mural here. 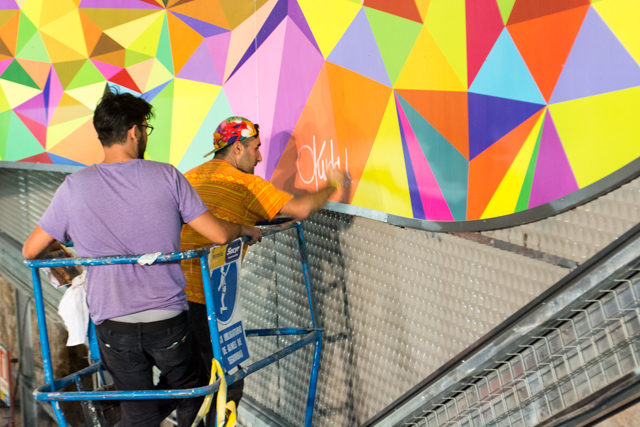 Do you want to know more about flamenco and street art? Next week I will be writing about flamenco street art in Barcelona. So don’t forget to subscribe to Flamenco Artworks blog or Facebook to keep you notified about any new posts!